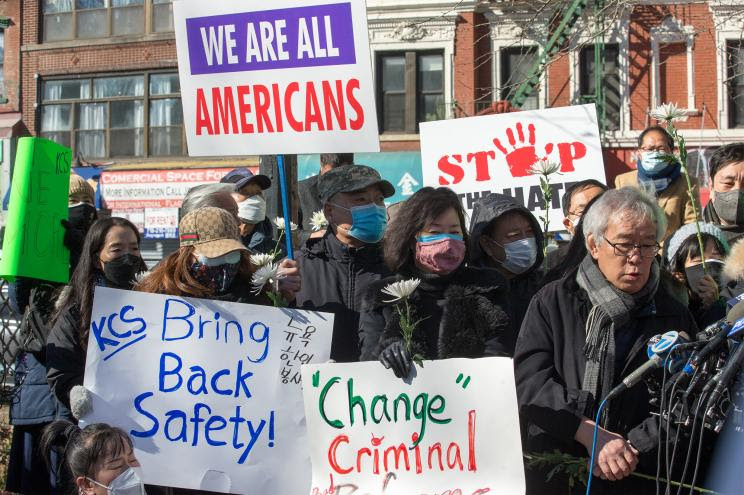 Hate crimes against Asian Americans have skyrocketed in New York City since the pandemic. William Farrington

The young African-American man opened his apartment door to greet an elderly Asian-American man and his daughter, whose face seemed familiar. It is the same apartment where, once upon a time, my then-young father and mother raised my sisters and me during our early years in America.

It was Easter Sunday. My 96-year-old father and I had embarked on a sentimental journey to visit the homes we lived in after arriving in America so many years ago. We returned to the small one-bedroom apartment on 85th Road in Jamaica; the two-bedroom apartment in the building next door; and the first house my parents ever owned, on Long Island. It was a stirring reminder of how fortunate we have been to live the American dream.

Like so many others, my family immigrated to America in search of a better future. In Taiwan, at age 29, my father had been one of the youngest-ever oceangoing ship captains. He then took a four-day national examination, and his record-breaking score secured him a chance to pursue graduate studies overseas. He came to New York City, where he continued his studies and worked multiple jobs for three years to earn enough for passage on a freighter for my mother, my sisters and me. Three years and 37 days later, the transoceanic journey from Asia brought us to the United States.

The initial years were difficult; we didn’t speak English and struggled to adjust to the new culture. Yet my parents always retained their hopeful and optimistic spirit, worked very hard and made many sacrifices to give their children the ability to achieve the American dream.

Our story mirrors that of countless families who, for generations, have come to this country in search of opportunity. Today, Asian Americans, Native Hawaiians and Pacific Islanders are nearly 7% of the US population. We live and work in communities across the nation and are an integral part of the fabric of America.

Yet the Asian-American experience continues to be shadowed by anti-Asian prejudice that has been here since Asians began arriving. More recently, the onset of COVID-19 and deteriorating US-China relations have precipitated a sharp rise in anti-Asian bias, hate and violence. The Center for the Study of Hate and Extremism found that instances of anti-Asian hate crime increased by 339% in 2021, far surpassing record numbers from 2020.

Violent headline-generating attacks are happening with distressing frequency. In January, Michelle Go, a 40-year-old Asian-American woman, was killed when she was intentionally pushed in front of an oncoming subway train at the Times Square station. In February, a deranged 28-year-old man allegedly went on an unprovoked two-hour rampage in downtown Manhattan in which he violently assaulted seven different Asian-American women. Just this month, a Korean-owned Dallas hair salon was the scene of a racially motivated shooting of three Korean women.

These sorts of despicable acts of racial violence have left Asian-American communities around the country feeling vulnerable and wondering what the future holds. Roughly a third of Asian Americans say they have changed their daily routines out of concern for racially motivated violence, per Pew. 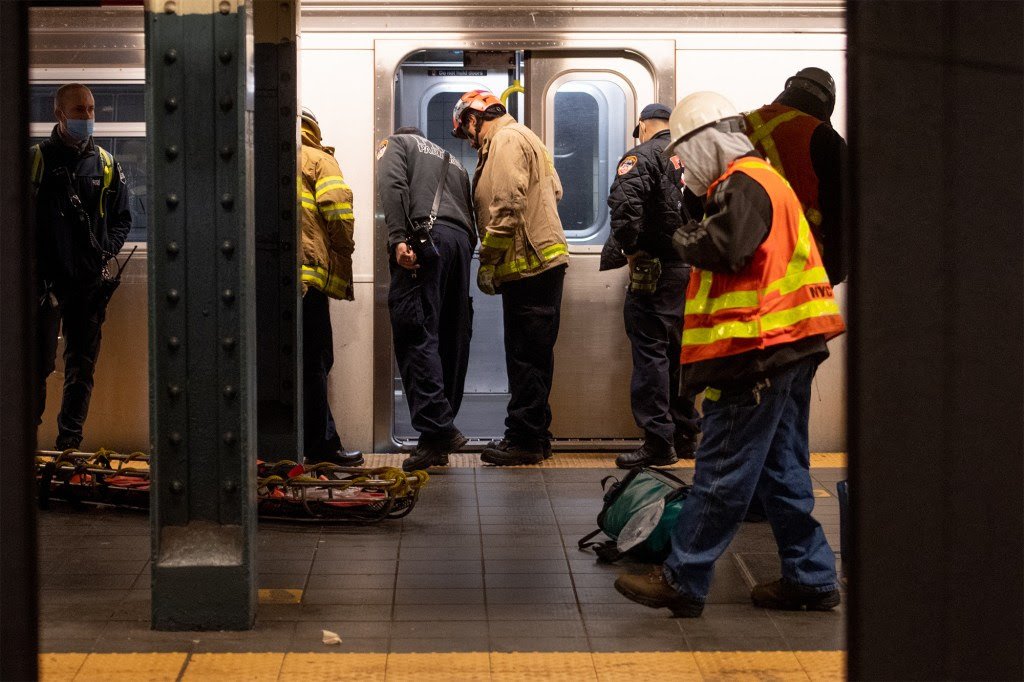 Michelle Go, an Upper West Side resident, was fatally shoved in front of a southbound R train at the Times Square subway station. J.C. Rice

At the same time, there is a sense among Asian Americans that after the initial spate of media attention, this wave of discrimination and violence is receding from the national consciousness. A study from Leading Asian Americans to Unite for Change and The Asian American Foundation recently found that nearly a third of Americans remain unaware of the rise in anti-Asian racism over the past several years.

May is Asian American and Pacific Islander Heritage Month — a time for us to recognize this community’s many contributions to America and redouble our efforts to combat anti-Asian violence and discrimination. Countless people have thought deeply about this problem and have put forth ideas to address it.

To build upon that spirit and chart an actionable path forward, it is time for a bipartisan, blue-ribbon commission on anti-Asian violence — one with a mandate not to simply restate the problem but rather to focus on solutions by engaging with communities to develop workable recommendations. This would underscore our collective commitment against anti-Asian violence.

New York City held its very first Asian Pacific American Heritage Month parade May 15. This historic event would not have been possible without the tireless work of so many leaders including Mr. Robin Mui, publisher of Sing Tao Newspapers. My father, Dr. James S. C. Chao, and I were the grand marshals. It was an honor to help celebrate this community. New Yorkers lined the parade route watching the diversity of floats that reflect the richness of AANHPI traditions. Thank you, Mayor Adams, for attending to show your respect to our community!

These events brought me back to my early years as a young immigrant in America, to the small apartments we lived in when we first arrived in this exceptional country. Though the journey was arduous and the future seemed so uncertain, my family held on to America’s promise that we are bound together not by race or religion but by the belief that anything is possible through hard work and dedication.

Let’s work together to create a society where Asian Americans, Native Hawaiians, Pacific Islanders and all Americans can find their American dream without fear of violence and prejudice. As my parents always told my sisters and me: Where there is a will, there is a way.

Elaine L. Chao, the first Asian-American woman to be named to a president’s Cabinet, was secretary of labor and secretary of transportation. She is the longest-serving Cabinet member since World War II.