Elaine Chao was Director of the Peace Corps during a historic period in world history as the former Soviet Union empire was collapsing.  With the rise of new democracies, Elaine Chao launched the first Peace Corps programs in the newly liberated Baltic nations of Latvia, Lithuania, and Estonia and the newly independent states of the former Soviet Union Union including Ukraine to help its peoples adapt to the new free enterprise economy.

Elaine put in place the mechanisms we continue to build on to create more accountability, more transparency.  United Way is back on to its feet, thanks to her leadership, a success story again.

Traditionally, the majority of Peace Corps volunteers were young recent graduates from college, and worked in nations with subsistence economies by helping to build ditches, improve agricultural methods, elementary education and community hygiene.  The Baltic nations and the former Soviet republics requested more sophisticated aid in developing private sector entrepreneurial and small business capabilities.  Elaine realized that new programs in this region needed to focus on different skill sets to help jump-start the fledging new economies to ensure the continued survival of these new democracies. 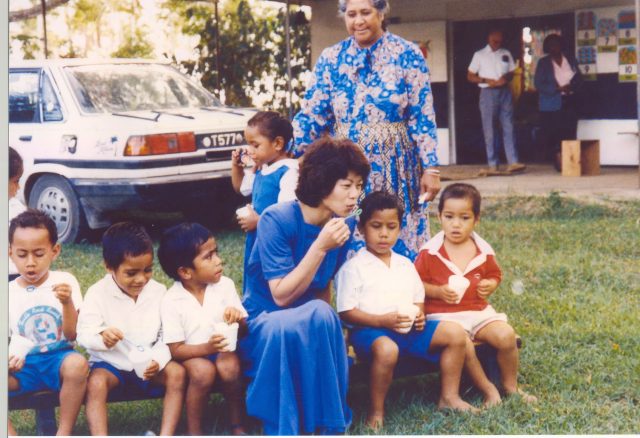 Under her leadership, the Peace Corps launched a new campaign to recruit more experienced volunteers with business, marketing, financial, accounting backgrounds who had at least five years of work experience in the private sector.  A hotline set up for candidates interested in volunteering in this exciting, historic, new initiative, received over 1,000 calls the first day it was operational.  By autumn, over 250 Peace Corps Volunteers were on their way to the Republic of Russia.  And other volunteers were soon to follow to Ukraine, Georgia, Armenia and other newly established nations of the former Soviet Union.

Other achievements during her tenure as Director included streamlining the Peace Corps Volunteer recruitment and application process.  As the first Asian Pacific American director, Elaine also sought to have Peace Corps volunteers and staff reflect the racial and cultural diversity of the United States.

America was shocked when media stories began reporting on the financial improprieties, mismanagement and abuse under United Way’s then President in late 1991.  The organization became the unwitting symbol of a formerly respected nonprofit organization whose reputation became tarnished by scandal.  The organization’s president was forced to resign amid charges of using donor funds to support a lavish personal lifestyle.  64% of Americans had heard of the organization’s problems. Public outrage caused contributions to plummet.

The Board of Governors launched a nationwide search for a new leader.  Out of more than 600 candidates, one name rose to the top:  Peace Corps Director Elaine Chao.  She had a reputation for integrity, proven skill in leading large, complex organizations, and a seemingly boundless reservoir of energetic, can-do optimism and determination.  As the United Way of America’s new president and CEO, Elaine Chao hit the ground running by reaching out to local organizations to build a common vision to restore integrity and public confidence in the United Way of America.  Elaine Chao’s first steps at United Way were bold. To show that a new era of responsibility and integrity had begun, she cut her own salary by half, and declined all perks and special benefits. 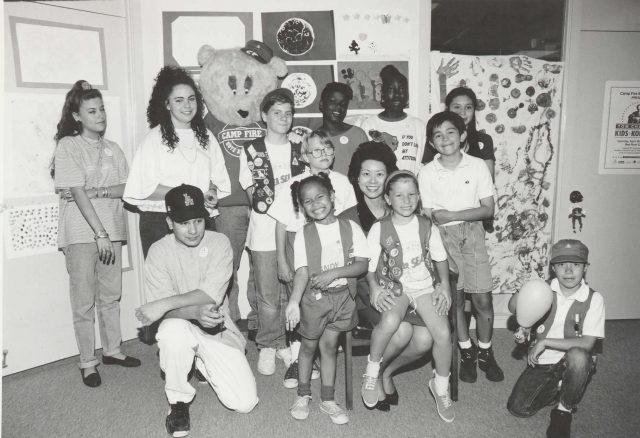 Then she worked with volunteers and professionals in the United Way movement to restructure the governance of the national organization, established a code of ethics and an ethics committee, eliminated bloated expense accounts and extravagant practices in a new austerity budget, installed financial controls to create new transparency in the organization’s financial transactions, and personally visited local United Ways around the country to carry the message of reform and accountability. The new governance structure implemented at United Way of America became a model for the nonprofit sector.